Rottweilers have been a huge part of my life for over 20 years now. I was a rottweiler breeder for many years and also work with many other rottweiler owners to help them with behaviour issues or training. My Rotts were well balanced happy healthy family dogs that were also used for work. I used them for SAR (Search and Rescue) work, skijoring, sledding, carrying, demo dogs for canine first aid seminars and took them into schools and community centres for my dog safety seminars. 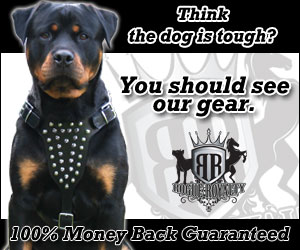 Rottweilers are excellent family dogs and used for protection of property or for personal protection. They are extremely versatile, loving, compassionate, gentle and occasionally fierce when guarding their family. Personally I believe that the versatility of rottweilers is what makes them my very favourite breed. That versatility stems for it’s origins. Something many people don’t know or appreciate is the fact that rottweilers are excellent herding dogs. Although they are categorized with other working dogs, their first purpose was herding cattle and other large livestock. Many of my rottweilers were able to herd very well. I tested mine on cattle (Texas long-horns to be exact) to see if I could bring the drive out in them. For many it was a success however I did have some that were primarily “couch potatoes”.

During the rise of  the Roman Empire it is believed that large Roman armies travelled across the Alps into southwest Germany in their quest to conquer Europe. The Romans brought their food on the hoof (no refrigeration) via herds of cattle on their journey. They also brought their drover dogs with them to help them move the herd and keep guard over it. Drover dogs were used by shepherds as guard dogs and were also used by the army. They are believed to be from Asian Mastiff type dogs and are considered to be one of the oldest breeds in the world.

How the Rottweiler Got it’s Name

Rottweil was founded by the Romans in AD 73 as Arae Flaviae. Owing to the Roman settlement, Rottweil is considered to be the oldest town in the state of Baden-Wurttemberg. For the next two thousand years, the Roman drover dogs were used for herding and driving cattle for trade. By the 1900’s, Rottweil had become famous as a major cattle-herding region. The drover dogs continued to work as a cattle herding dog. They also began to interbreed with the local dogs.

They became famous for their strength and eagerness to work and are still known to be an extremely reliable working dogs today. These dogs often worked for butchers. They would drive the butcher’s cattle to market while also protecting them from predators, and once cattle was slaughtered, the drover dogs would haul the carts full of meat from town to town for the butchers. The dogs also protected their master and the money earned by carrying money bags tied around their necks for safety.

The Romans eventually lost control of the region around 260 AD and eventually the town of Arae Flavaie became known as “Rote Will”, translating to “Red Tile” which stemmed from  the use of red tiles used to build the Roman bath houses. After the German takeover, the region continued to flourish because of the excellent farmland, and the town of Rote Will soon became known as Rottweil, for it’s Roman villas with red rooves. The term “Rottweil” means “Red Villa”. The Drover dogs became known as the “Rottweiler Metzerhund” which means Rottweil’s Butcher Dog. The Rottweiler was a dog in high demand. 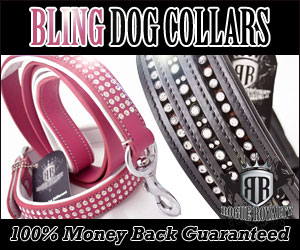 During World War I, the demand for Rottweilers spiked. This extremely versatile breed was now being used by police as service dogs. Their strong guarding traits coupled with their ability to search, their excellent obedience skills and strong desire to perform for their master meant that Rottweilers had become one of the most valuable breeds.

In the late 19th century, the Rottweiler’s popularity and usefulness began to wain until they were eventually in danger of extinction. There were some early German breeders that understood the importance of the breed and they preserved it. In 1910 the German Police Dog Association officially recognized the Rottweiler the breed importance and popularity was renewed.

The International Rottweiler and Leonburger Club published the first breed standard for the Rottweiler in 1901 and in 1907 the first club devoted solely to the Rottweiler breed started in Heidelberg, Germany. Other clubs were then established. By 1921, several German Rottweiler clubs joined together to form the Allgemeiner Deutscher Rottweiler Klub (ADRK).

Rottweilers are most definitely my favourite of all dog breeds. It’s not that I don’t love and appreciate some of the other working breeds but rotts have my heart forever.

4 thoughts on “A Little Bit About Rottweiler History”